Brad Wetzler Has Been Featured In:

INTO THE SOUL OF THE WORLD: My Journey to Healing

In the age of toxic masculinity and “mansplaining,” in a country in which most violent crimes are committed by men, Brad Wetzler’s Into the Soul of the World offers a powerful, profound, and deeply personal road map for actively cultivating a different kind of manhood. As a young journalist in the 90s, Wetzler had it all: an amazing, enviable job as a travel and adventure journalist that sent him all over the world on assignments; a home in beautiful Santa Fe; a loving marriage. At the height of magazine journalism, Wetzler’s passport was littered with stamps, and he edited and wrote features for high-profile magazines like the New York Times, George, National Geographic, and many others. He originated the Outside magazine story idea to send Jon Krakauer to Mount Everest basecamp. Krakauer climbed the mountain, and his article about his experience during a fatal storm later became the international bestselling book and hit movie, Into Thin Air.

But then the demons and trauma from his childhood caught up with him, and he sunk into a depression that increasing amounts of prescription drugs could not solve, and soon found himself divorced, essentially house-bound, and physically unhealthy.

He hit rock bottom when a friend – who was on a similar cocktail of medications — died by suicide. Into the Soul of the World traces his road to recovery, from a checkpoint in Palestine to the cave of a 100-year-old yogi in India. He kicks the drugs, finds yoga, moves to Colorado, and learns — through the love of friends, animals, and a hard-won spiritual awakening that can’t be put into any particular dogmatic box — to be a man that is not celebrated often enough. A man of wisdom, kindness, insight, tenderness, and sensitivity.

Through energetic and lively prose, Wetzler takes us inside the heart and mind of a man who refuses to conform to society’s restrictive notion of manhood, and instead presents a new path for men to walk. This is not an easy path, Wetzler is clear, but we’ve never needed it more

author of The Still Point of the Turning World and Sanctuary. 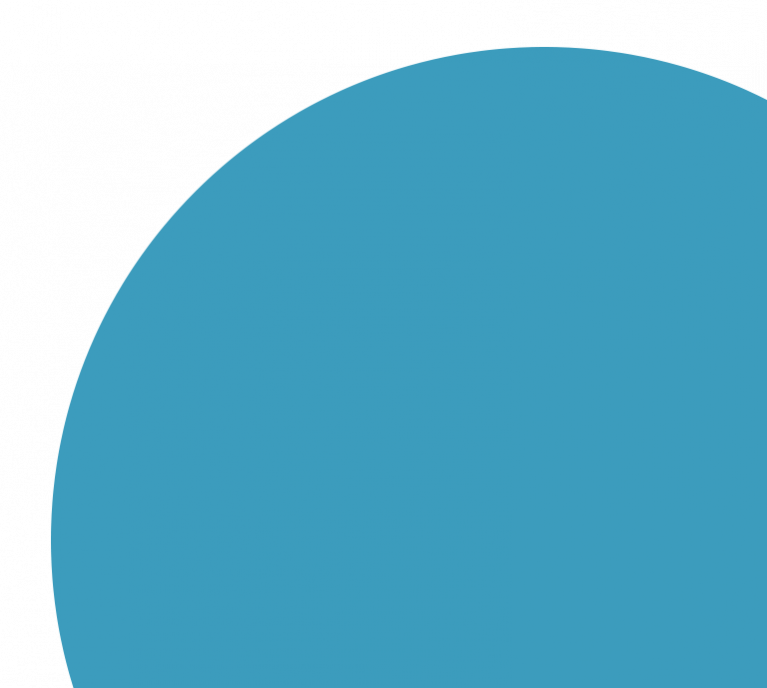 –Mark Adams Author of Tip of the Iceberg: My 3,000 mile journey around
the Last Great American Frontier.

I've followed Brad Wetzler's travels around the globe with envy and admiration for more than two decades. From what I've read, Into the Soul of the World promises to be his most fascinating journey yet.

–Hampton Sides Author of Ghost Soldiers, Blood and Thunder, Hellhound on His Trail, and others

As a far-flung journalist and celebrated editor, Brad Wetzler has led the very definition of an adventurous life, but in Into the Soul of the World he'll give an unflinching account of his interior adventures. Wetzler’s soulful quest, by turns anguished and transcendent, will resonate with readers around the world who struggle to find purpose and a sense of the holy in the ambient jitter of the digital age.

–Michael Paterniti Author of Driving Mr. Albert and The Telling Room,
and others.

Reading Brad Wetzler’s Into the Soul of the World is like embarking on a thrilling, dangerous journey—rivering straight into the heart of what matters most—to find yourself transformed. Ever the seeker, Wetzler wrestles with dark family secrets and triggered trauma, redefining what it means to be a man and spiritual being living in the twilight of our hyper-American materialism. If Into the Soul of the World belongs on a shelf next to Eat, Pray, Love, what lingers is Wetzler’s relentless audacity to try to tell the truth, however uncomfortable—about families and lovers and our times—In hopes of setting himself, and us, free.

A former senior editor at Outside magazine and former contributing editor at National Geographic Adventure and George magazines, I have written hundreds of articles and essays on far-ranging topics for The New York Times (Magazine, Book Review, Op-Ed page, and Travel section), Newsweek, GQ, Forbes, Wired, National Geographic, Yoga Journal, Men’s Journal, Travel + Leisure, Outside, and George, among others.

I served as a monthly columnist about science and nature for Outside magazine and a second column about adventure for Universal Press Syndicate, which was syndicated in more than 200 newspapers.

My book, Real Mosquitoes Don’t Eat Meat, is a collection of Wild File columns that originally appeared in Outside.

Assignments have taken me around the world, including to Russia, Palestine, Israel, Greenland, Brazil’s Amazon, Indonesia, India, Scandinavia, Turkey, Greece, the Canadian Arctic, Jamaica and the Caribbean, Mexico and Central America, and to many of the United States wildest places. 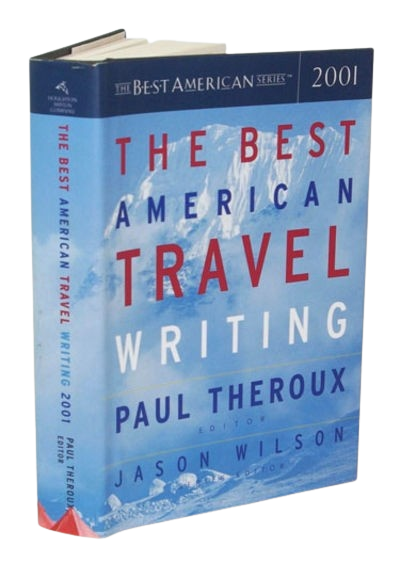 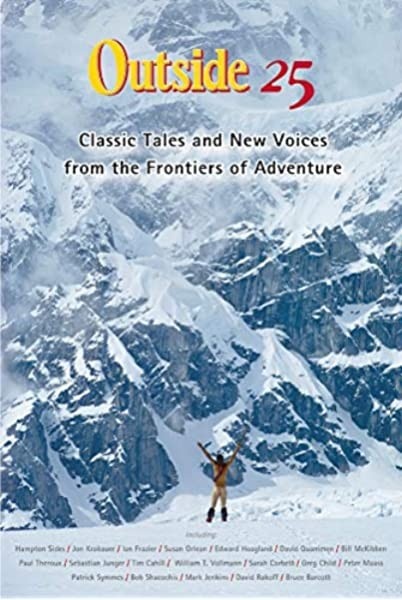 I’ve interviewed politicians on Capitol Hill, presidential candidates on the campaign trail, professional athletes in locker rooms. I’ve lived with hobos in the forests of the Czech Republic. I’ve broken bread with cult leaders and false messiahs in Jerusalem. I’ve written about the Russian and American space programs from inside Star City, the Russian Space Agency, and I drank vodka shots with cosmonauts. I’ve tailed explorers along coastal Greenland.

My writing has been anthologized in Best American Travel Writing and Outside 25: The Best of Outside Magazine’s First 25 Years.

I’m also an experienced teacher of writing. I taught writing as a professor of English at the College of Santa Fe. I taught memoir, creative nonfiction, and journalism to students of the Book Project at Denver’s Lighthouse Writers Workshop. I’ve lectured at the University of Denver, the University of Colorado-Boulder, New Mexico State University, and elsewhere.

I hold a masters’ degree in journalism (writing and publishing) from Northwestern’s Medill School of Journalism.

In midlife, after recovering from a long, debilitating depression, I reconnected with yoga, which I first studied in the early 1990s. Yoga led me inward. I became a certified yoga teacher and began exploring and writing about our inner landscape: psychology, spirituality, meditation, and yoga. I’m writing a memoir about how travel and yoga led me to a new understanding of the words “faith “and “God.”

I teach group yoga classes in Austin Texas, as well as private yoga classes to individuals and groups. I speak to audiences about the power of yoga and mindfulness practices to transform lives. Email me to book a private yoga lesson or a speaking engagement.

In addition to writing and teaching yoga, I founded two online education platforms: Memoir Academy and Nonfiction Academy. Through these platforms, I help thought-leaders, positive-changemakers, and everyday people write and publish memoir and nonfiction books.

In my free time, I enjoy exploring hiking near my home in Austin, Texas, and in the mountains of Colorado. I also love walking my dog, Tommy, playing the guitar, practicing yoga, and drinking coffee with friends. 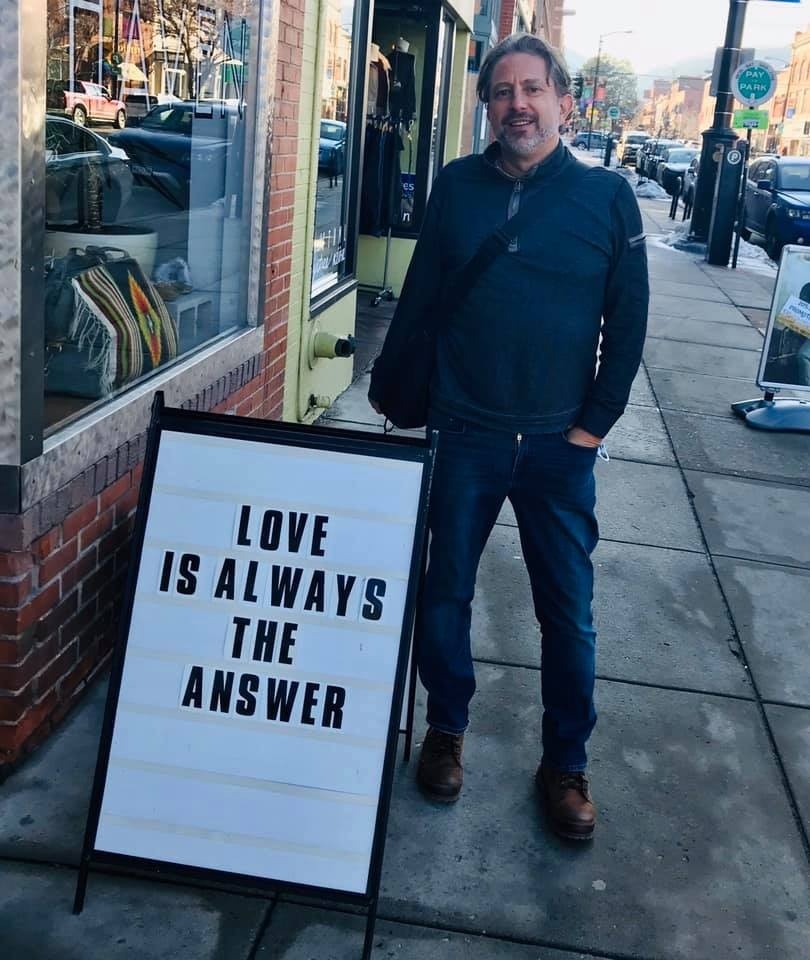 Read my latest blog posts about adventure, spirituality, and the art and craft of memoir writing. 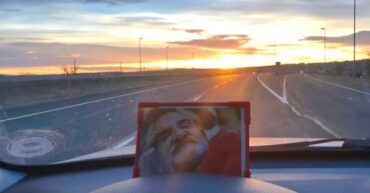 How to Develop Real Faith

Ten years ago, I hit rock bottom for about the tenth time. I was battling depression and an addiction to psychiatric medications. I barely had […] 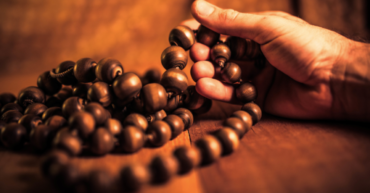 Yes, Growing Your Heart Is Possible

When I moved to Austin, Texas, from Boulder, Colorado, last year, it took me about three hours to discover and fall in love with Barton […] 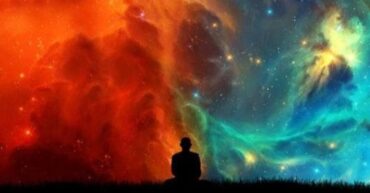 This month, I’m wrapping up final revisions on my forthcoming memoir, Into the Soul of the World: My Journey to Healing, published by Hachette Books in March […] 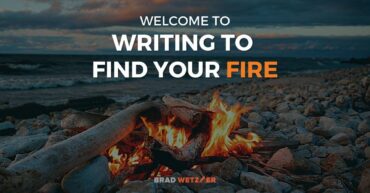 Writing to Find Your Fire: A Master Class in Memoir Writing

Hi Friends, Brad here. I’m happy to tell you about a new writing course that I’ll be offering in July. It’s called Writing to Find Your […] 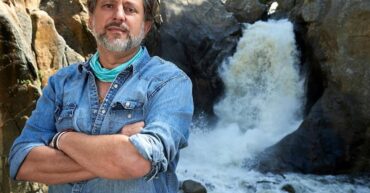 Your Story, YOUR Memoir 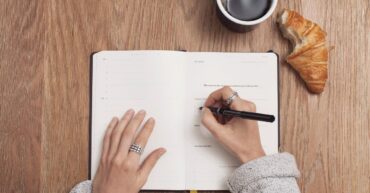